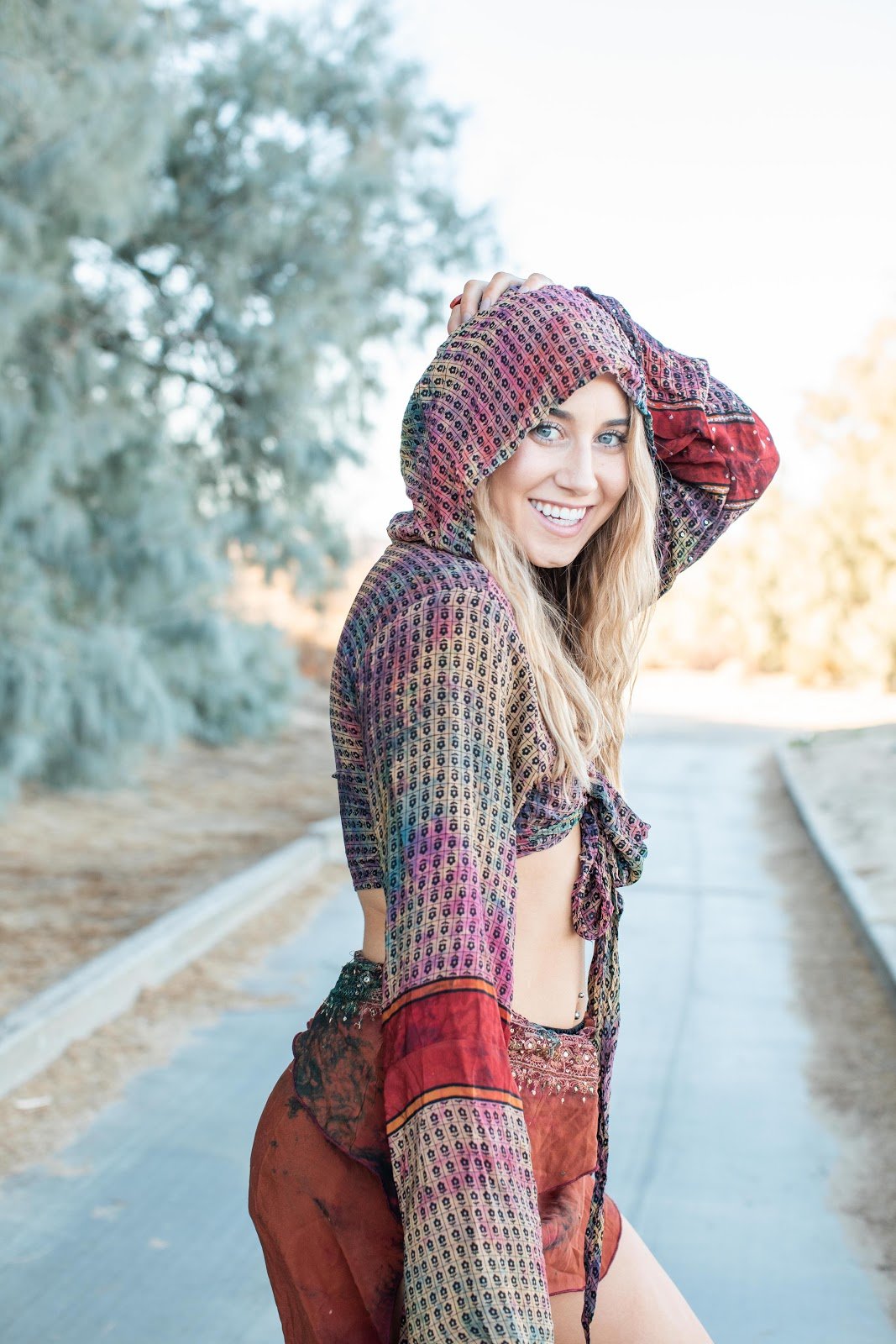 When we think of the word “hippie,” we may hold a certain stereotype in our minds. We may conjure up images of peace signs, tie-dye, Woodstock, or psychedelics. Maybe we think of modern-day hippies rubbing crystals and meditating, or talking about astrology and pseudoscience topics.

Although the word hippie may date back to the jive era in the 1930s and 40s, the term was popularized during the counterculture movement of the 60s and 70s. This was a time when the youth were seeking answers and a different way of life, participating in activism and exploring altered states of consciousness. It was a time of peace, love, drugs, and free expression. Today, we see a resurgence of this movement with the “new age hippies.”

It’s clear that the word hippie has evolved over time and taken on different meanings throughout history. Throughout my journey exploring wellness, holistic healing, yoga, and meditation, I’ve somehow found resonance in what you might call a new age hippie community here in Los Angeles, California where I currently live.

Could it be that hippies actually hold some of the answers to life that we are all looking for? Or are they just gullible, irresponsible, tree-hugging crazies who are too happy? I wasn’t totally sure yet. So I journeyed into the California desert to find out.

My journey to Bhakti Fest in the Joshua Tree desert

I decided to take a trip into the Joshua Tree desert to attend a yoga and music festival called Bhakti Fest. I had attended this festival before and knew it would be teeming with hundreds of hippies for me to talk to.

Bhakti Fest is on the smaller side with attendance ranging from several hundred to a few thousand people, and because of that, the community is quite tight-knit. Unlike other festivals of this kind, Bhakti Fest is drug and alcohol-free.

The festival includes a multitude of yoga classes, meditation, breathwork, lectures, workshops, ecstatic dance, music, and yogic teachings of all types, but with a focus on the path of Bhakti Yoga.

Bhakti means “devotion” in Sanskrit and originally comes from the Vedas, which date back thousands of years, as one of the world’s oldest written texts.

Bhakti yoga involves not only the physical practice of yoga, but also singing ancient mantras, typically in the form of something called Kirtan, which is a call and response style of music where the community collectively sings these mantras. Bhakti yoga is practiced by all different people all over the world, and many types of people attend Bhakti Fest. But it does seem to attract a large number of people you might think of as “hippies.”

When I arrived at the festival, I was excited to immerse myself in the hippie culture and talk to as many people as possible, to uncover the truth about hippies.

I ended up talking to tons of people throughout my weekend, including a man who drinks his own urine, a plant wizard who makes something called ultrasonic tribulus, and a verteran who overcame PTSD with yoga.

To see all of the interviews I conducted throughout the weekend and what the hippies had to say, watch my video about the experience!

The influence of the East on new-age westerners

When we think of the hippie movement, we often think of sex, drugs, and rock n roll, but what has always fascinated me is the strong influence of eastern philosophy and spiritual teachings throughout the counterculture movement.

Even the Beatles were learning from Indian gurus and became Bhakti yogis following the Krishna consciousness movement, which even influenced their music. George Harrison became a devoted follower of Krishna and his song ‘My Sweet Lord’ even has the Krishna chant, known as the “Maha Mantra” right in it!

It’s always been interesting to me that the counterculture movement rebelled so heavily against mainstream religion and society in the West, yet through this rebellion, many found their way to meaning through the spiritual teachings of the east. This also shows up today with the new age hippies.

Bhakti Fest is a prime example of this: a group of westerners seeking to expand their consciousness without the use of substances through the teachings of yoga and meditation.

Thousands of years later, these teachings have made their way all the way from India to California. However, I noticed that not many Indian people actually attend this festival. At first, I found this a little concerning. Perhaps this festival was a clear example of cultural appropriation. So I found a few Indians in attendance to speak with, and was curious to hear their thoughts.

Every Indian person I spoke with at Bhakti Fest was thrilled about young westerners showing an interest in Indian culture and the ancient teachings of yoga and meditation. They found it exciting, and said that the reason why so many Indian gurus traveled to America was to share these teachings so that westerners could benefit from this wisdom. This festival was a great example of the results of these efforts.

What I learned from the hippies

While there is definitely truth behind the stereotype of the new age hippie, I learned so much from this group of people and how they view the world. Although stereotypes have some validity to them, it’s important to remember that these stereotypes are generalizations and there is far more beneath them Even though many hippies may appear to be happy all the time, this is not necessarily true. What I found is that this group of people seem to be more in touch with their emotions than the average humans. Through the spiritual path, it seems that hippies are learning tools to help them navigate life’s challenges and emotions.

As humans, we are meant to feel emotions of all sorts, but it’s our relationship with our emotions that really matters and what we learn from them. Ultimately, that is what this path has taught me.

Any challenge in life is an opportunity to grow and learn. Through cultivating a deeper connection with our inner world, we are able to make the most of all that life has to offer. When we do get wrapped up in a dark or negative headspace, we can decide to choose a different way and feel gratitude and presence in every moment in life.

Joy does not mean being happy all the time. To me, joy is being overwhelmed by gratitude for this experience here and all it has to teach us. 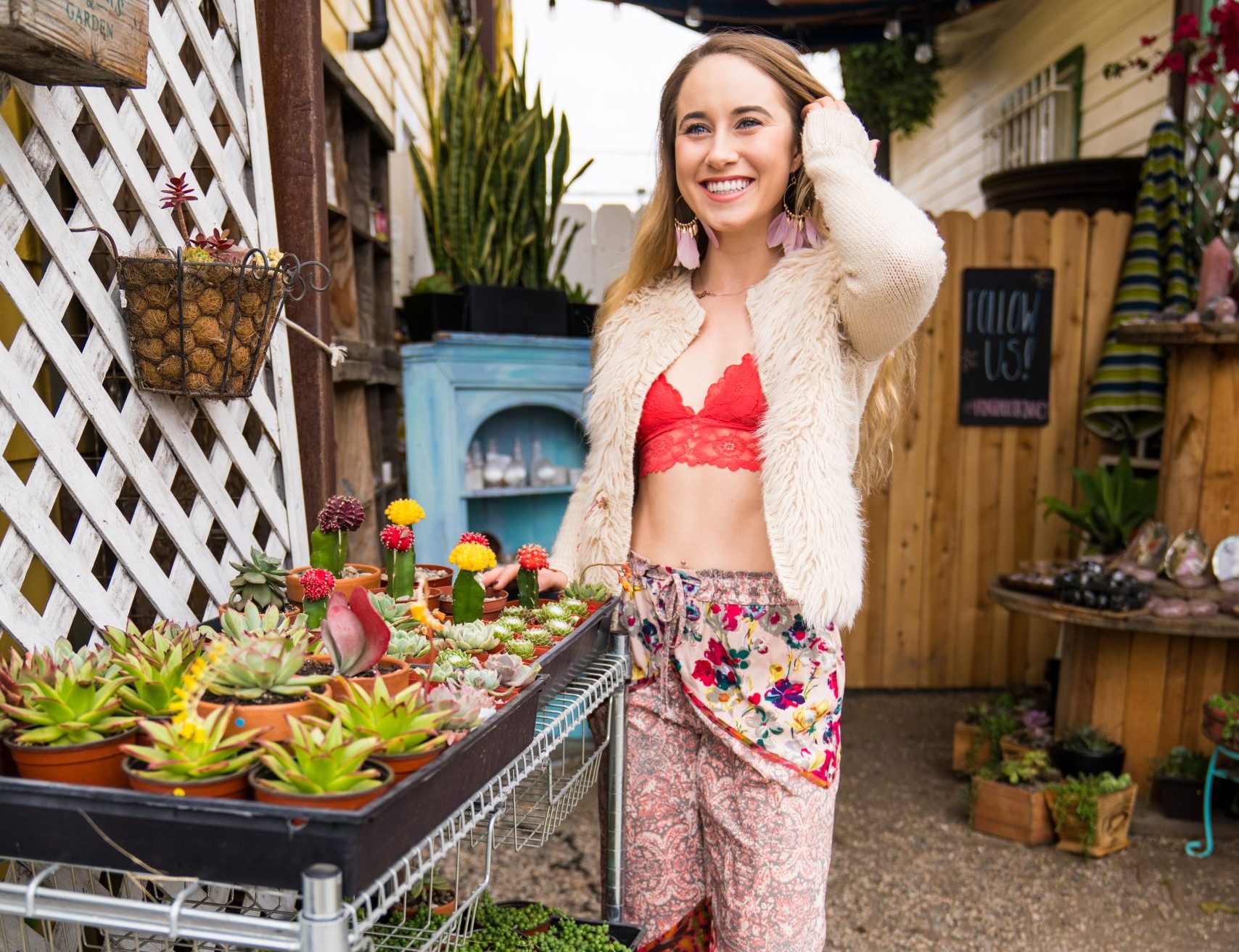 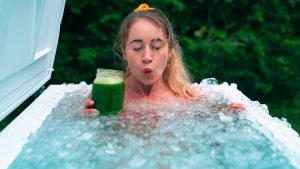 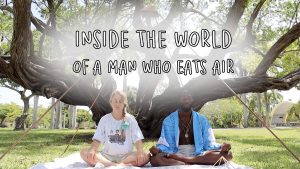 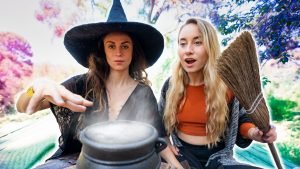 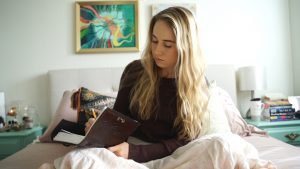 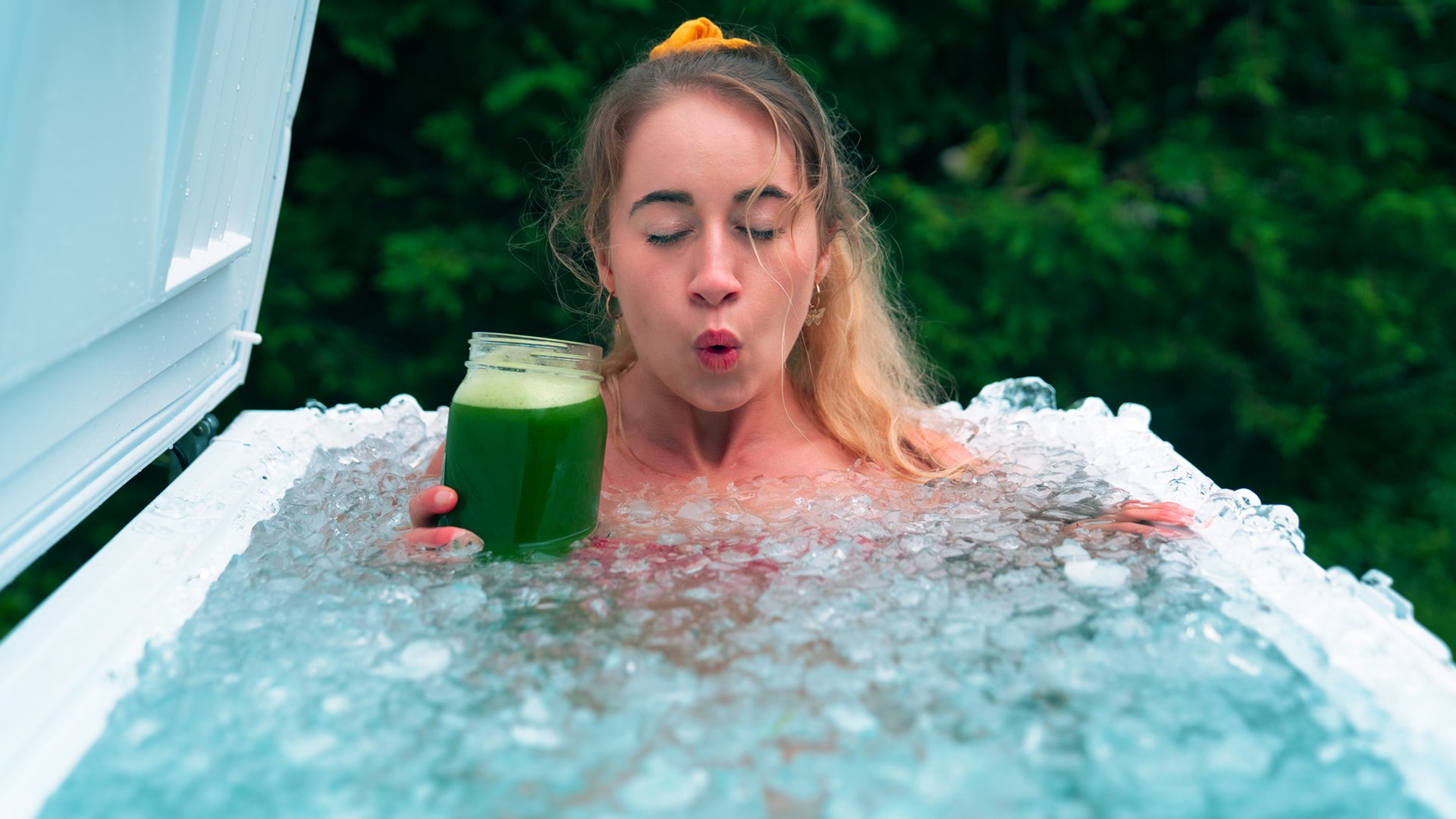 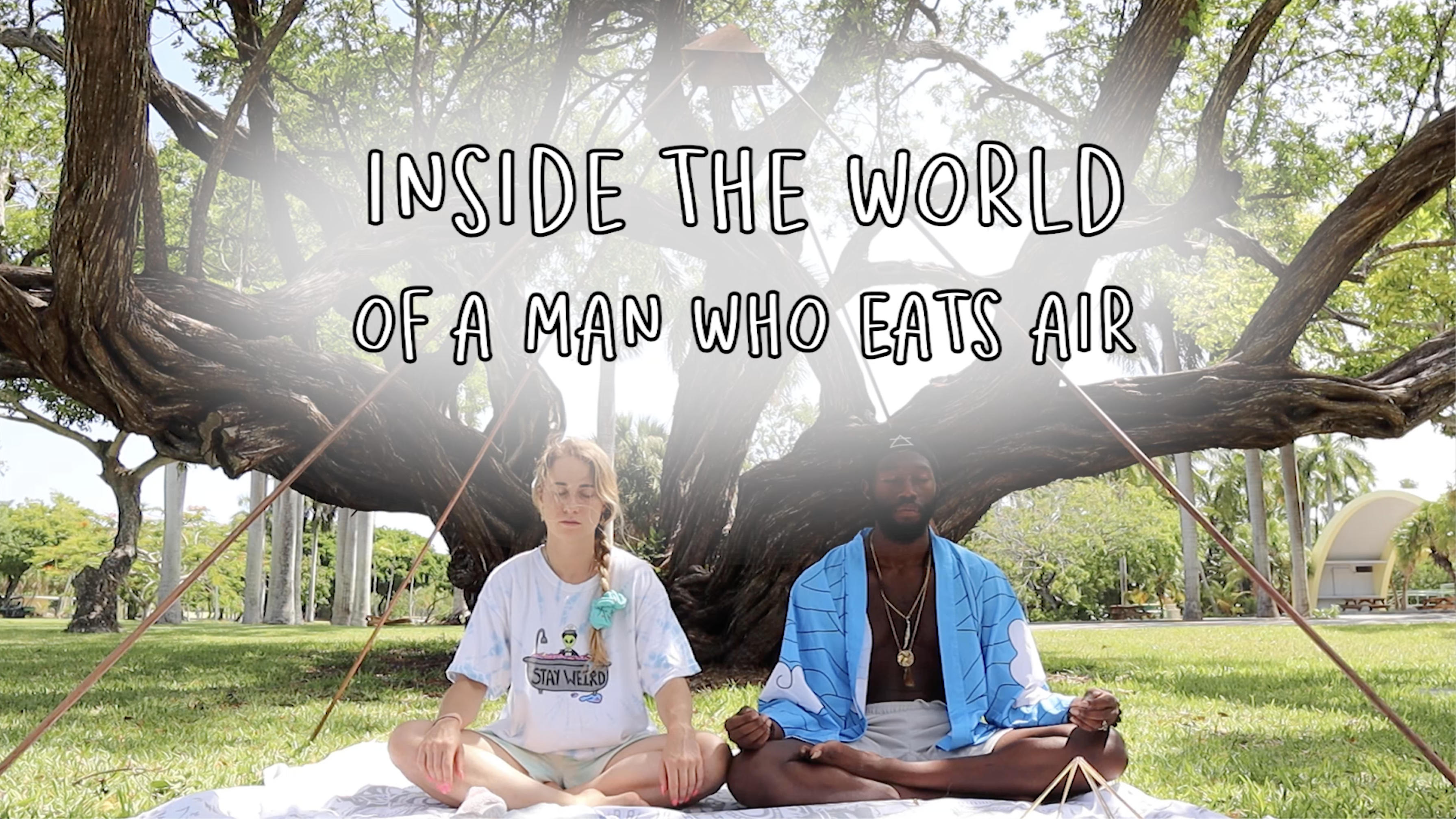 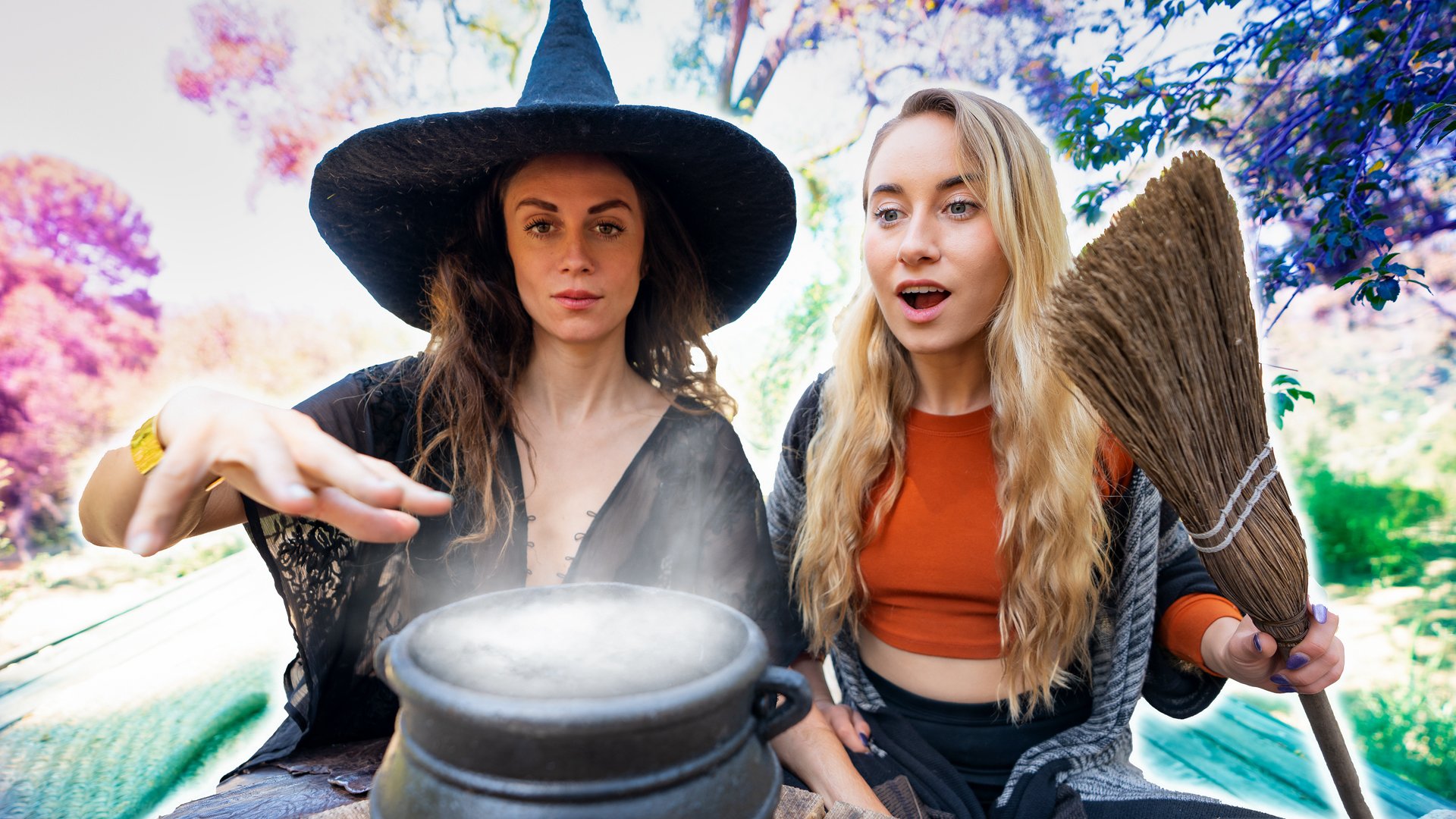 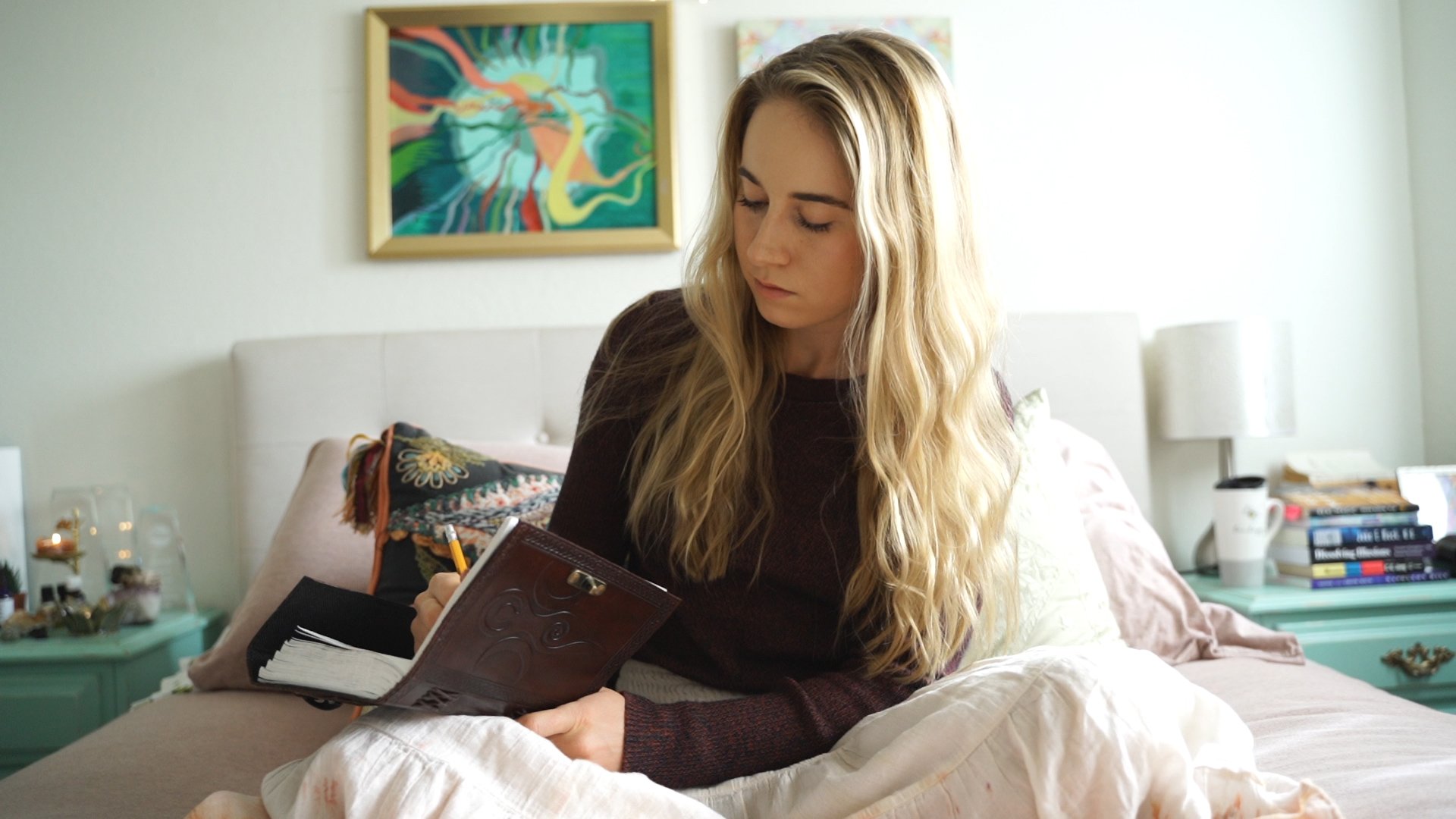